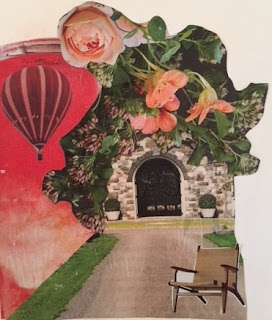 The Stuff of Dreams, paper collage 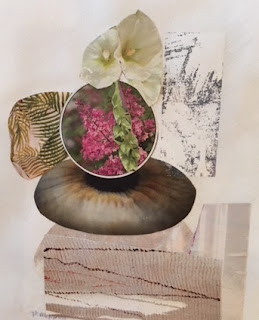 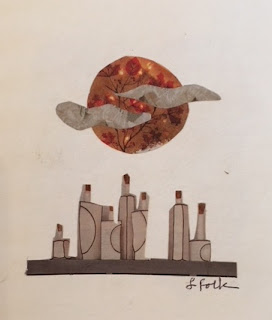 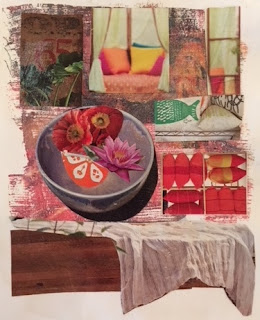 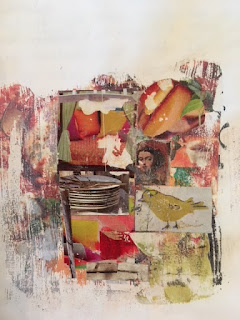 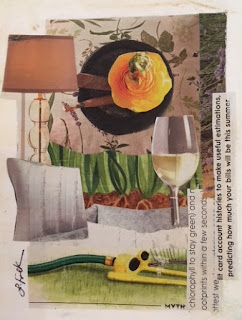 Of Myth and Dreams, paper collage 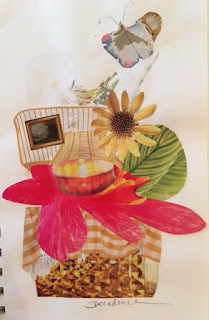 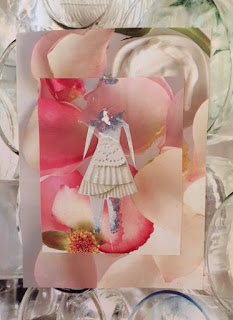 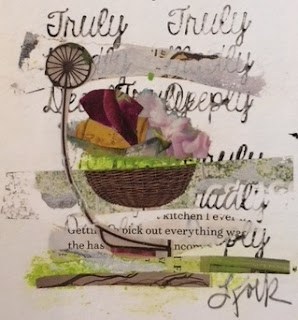 Posted by Laurette Folk at 6:11 PM No comments:

Thoughts on Devastating Knowledge and the Lack of Inspiration

Heat stream hiss from the radiator. There is this pretentious pressure surrounding me. I don’t write from a deep place. I write from the air just above my skin, not my bones. The air is thin and odious. It smells of nervous sweat.

The other day I was driving home and the kids and I got talking about the body, its cells, and a memory came to me, of drawing muscle cells for biology class. Thin, orange, tube-like structures, each with a single eye. I thought about the texture of meat, and how it all made sense. I thought of mitochondria, the powerhouse, and Mrs. White who had perfectly sculpted blond hair and a nearly round nose. She had a soft-spoken manner and was generally likable, the kind of teacher the kids didn’t want to irritate because it would be too awkward. I wanted her to like me, but I went virtually unnoticed in her class. The classroom windows looked out upon the playing fields where we ran free at the base of Bowling Green Mountain.

As a child, I used to like holding up a small mirror against a larger mirror and watching the image repeat itself to a vanishing point. Mirror upon mirror, image upon image, if you moved one, they all shifted in unison, like the sweeping of a dragon’s tail.

Josie’s walking around downstairs. Now she’s slurping water. I hear her struggling to breathe. We no longer can do our long walks in the woods, because she can’t handle the hills, and her breathing becomes too labored. This labored breathing mirrors the labored breathing of the people with the virus; thousands of them extend outward to a vanishing point. Around the world, machines breathe for these people, because their lungs are turning to glass. A big red glob of a lung cell reaches a tiny, hopeful hand out, and the virus plunges a thorn into its palm. The hopeful hand has no choice but to take it in where the virus feasts on proteins and multiplies.

Breathing. To take a breath is to “inspire.” Every moment we become new with new oxygen, the same way ideas reach us and stimulate us, making our minds new.

But things are different now. When I listen to some of these experts speak, I get a lump in my throat, like I used to when anxiety once overwhelmed me. I now know the difference between the lump and struggling for breath, though. I hear Josie and I know the difference.

She won’t heal on her own, my girl. She’ll just get worse and worse until her throat closes. So I have a decision to make: have her go through the ordeal of an operation at the age of twelve or let nature take its course. The disease is called laryngeal paralysis, and it’s common in Labradors. I walk around, go about my day, knowing this, like I knew about my father’s cancer and Ralphie’s tumor, a ticking time bomb lodged in his heart. I go through my daily duties wondering if I will in the future be hooked up to a machine, or, if there will be one available, should I need it. There is all this devastating knowledge I carry around with me.

I walk in the woods alone now, and try to be marveled by the sky, by the frogs resurrecting themselves from the mud, singing. The Cooper’s Hawk perches in the Japanese maple, its soft, maple-colored breast an irregularity in the landscape, something the eye can detect. She swoops across the yard with silver wings, rapid fire. The doves around the birdseed have disappeared. They don’t hang out by the safflower like they used to, stuffing themselves under the soothing green limbs of the hemlocks, too fat to fly. The saddest thing is finding a dead dove with its breast torn open, its soft down, scattered. Eyes shut. There’s something angelic and innocent about the shut eyes. I place a shovel under it and its head lolls this way and that. I bury it with soft earth, and guard the mound, watch if creatures come to claim it, dig it up, like they did the swift I buried last fall.

The last walk in the woods with Josie was on a cold, March morning. We were coming down the sidewalk, and she was moving with the kind of grace known only to momentum. I looked up and saw it there, its striking edges prominent on the fence. It was a perfect cross, a shadow in the sunlight coming off the fence. There was no “is that a cross, or oh, there is a cross” it was more like: Cross. And I didn’t take it to mean “here is a cross, and I am protected by God.” Its edges were too sharp for that. I took it to mean: suffering. An acknowledgement, more or less, of my suffering and the suffering that is to come.
Posted by Laurette Folk at 12:00 PM No comments: The Mystery of Memory: Review of Abby Frucht's Maids


We wonder about people in our past. We wonder, and to some extent are haunted by people who have passed through our lives without any real evidence as to who they were. To the writer, that wonder is a sort of power that fuels creativity and helps appease the gnawing mystery of memory. Abby Frucht, in her book Maids, uses a stream of conscious writing style to recollect and explore that wonder regarding the domestic women she knew as a girl. 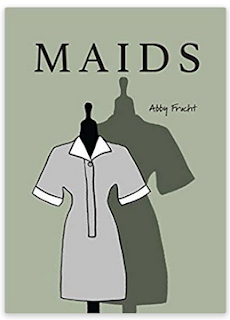 This book reminds me of Susan Minot's novel Monkeys, because it is written from a deep place, a place where unresolved questions live--questions about people with hidden lives and loves. To pry open meaning, a stream of conscious style seems appropriate; formalities in language could blunt emotional impact. Author Molly McCloskey gets it right when she says in her blurb of the book "[O]ut of the shards of language a story coalesces." These shards are sharp and puncture. It only seems right that themes of race be written in this way.

At the heart of this book is a question Frucht poses to herself: why "this fug of mortified shyness she can't stand in herself when she's around black people"? By recollecting memories of the women when her interactions began, she constructs characters who may give her answers. There is Ida, the woman who "moves into the hallway her legs and arms attached to the shape of the Hotel Housekeeping Short Sleeve Dress," and Della who "slides her comfortable body between the two twin beds in the master bedroom," marking the text in time, and Cynthia who sits facing away from [the family] into the kitchen where they can look at the buttons at the back of (her) uniform." Frucht writes in Cynthia's voice, composing imagined letters from Cynthia to her husband Charles and daughter Wanda. Frucht the writer, the doctor's middle daughter now grown, asks "is it wrong to hope to imagine Cynthia's feelings? To put words into her thoughts into hopes in her"? This question is posed to the conscientious mind: is it right to invent, in the form of fiction, the thoughts of real people? The creative mind indulges not because the person (character) isn't capable of speaking her own mind, but because the daughter, the observer, the writer, wasn't there to hear it. It's a type of processing, of supposition, to alleviate the nagging mysteries of memory.

I love how the writing in this book is so close to the way actual thought forms in the mind (without commas, without formal grammar and realistic logic) cramming past with present, making unflinchingly honest associations: a unknown black man on a train becomes a potential thief and then Cynthia's husband:

[I]t's nearly impossible to avoid at all times the wrong things to say or the wrong ways of saying the right things to do but the daughter at least likes to try such as by moving the pocketbook sideways as if unconsciously just an inch or two sideways away from his finger the finger jumping in surprise...They slip into his lap the offended fingers the orange plaid cuff with the snaggled thread as side by side he and the doctor's daughter ride the rest of the way to Penn Station in silence less comforting than before their quarrel unspoken coming and going such as when did it start and when might it come undone?... Goodbye she even bids the man now in her mind your own daughter dear Wanda my exact same age whose name waves itself away

Although the prose takes some time to get used to without the formalities of punctuation and language (I had to read the book twice), the book is so satisfyingly human, it's worth the effort.
Posted by Laurette Folk at 9:59 AM 3 comments: 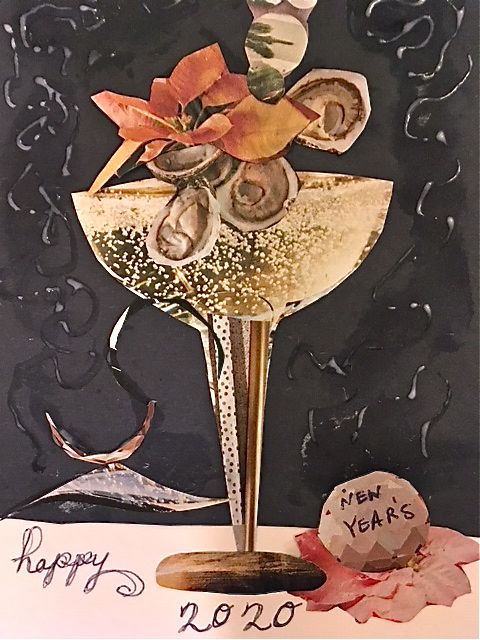 Posted by Laurette Folk at 6:25 PM No comments: